GST e-invoice has become a point of discussion among businesses and taxpayers in India. When any goods or services are transported from one place to another, the transaction is facilitated by filing invoices or e-way bills on the government GST portal. In the 35th meeting held by the GST Council, the government decided to implement a GST e-invoicing system to curb tax evasion and automate multi-purpose reporting tasks with a single entry of invoice details.

E-invoice is a standardized invoicing format where businesses and taxpayers register invoices electronically as per the GSTN recommendation. E-invoices must be generated by the Invoice Registration Portal (IRP) to upload on the common GST portal. E-invoicing doesn’t mean generating tax invoices over the GSTN portal; it is a misconception or a myth. Instead, it is just the submission of invoices generated by business intelligence software like Imprezz.

Latest Updates on E-Invoicing under GST

10th November 2020 – businesses and taxpayers with an annual turnover exceeding or equal to 100 crore rupees must implement e-invoicing from January 2021.

30th July 2020 – CBIC notified the newly refined e-invoice format. 20 mandatory fields were included after removing 13 existing fields. Alongside, existing fields were altered with necessary changes concerning the character length and other invoicing essentials. As per the notification declared by 30th July, e-invoicing is applied to taxpayers with an annual turnover exceeding 500 crores instead of 100 crore rupees. However, the Special Economic Zones (SEZ) were exempted from issuing e-invoices.

23rd March 2020 – Implementing the e-invoicing system and the QR code was postponed to 1st October 2020. As per the guidelines notified until 23rd March 2020, financial institutions, insurance companies, banks, NBFCs, passenger transportation services, GTAs, and movie tickets were exempted from e-invoicing and QR codes.

14th March 2020 – the new returns system was announced to be implemented from October 2020. The existing GST returns filing system (GSTR-1,2A & 3B) was enacted until September 2020 as per the CBIC notification.

13th December 2019 – the class of taxpayers required to generate e-invoices on IRP was notified by CBIC. Taxpayers and businesses with an annual turnover exceeding 500 crores were mandated to file e-invoices starting from 1st April 2020. The government had also declared the mandatory fields contained in e-invoices under the CGST rules.

10th December 2019 – the final version of the e-invoicing template and mechanism was released by the GSTN on the common portal after the GST council’s approval.

20th September 2019 – considering the announcements made in the 37th GST Council Meeting, the new GST return system was said to be implemented from April 2020.

20th August 2019 – the draft template of e-invoice was released by GSTN for the industry feedback, known as the GST e-invoice schema.

What is GST E-Invoicing?

E-invoicing, also known as electronic invoicing, is defined as business invoices that are electronically authenticated by GSTN which is further used in GST return filing on the common portal. Under the e-invoicing system, the IRP (Invoice Registration Portal) managed by GSTN (GST Network) issues an identification number against each invoice. The National Informatics Center launched the first IRP on the government website.

What is the Existing System to Issue GST E-Invoices?

Businesses have adopted various software systems to create and send invoices. Details from the software are used while uploading the GST forms. Invoice information submitted in the FROM GST-RET-1 by the supplier will be reflected in FORM GST-RET-2 for the recipients to view. Suppliers are supposed to upload e-invoices by manually importing all the necessary data into the software system.

The existing e-invoicing system implemented on 1st October 2020 contains the same procedures and processes of creating and uploading the invoice details. Usually, it is done by importing either excel or JSON files through import tools or AI integration (you can use Imprezz accounting software to access import tools and AI integration features under a single platform) either directly or through (GSP) GST Suvidha provider. It aims to streamline data flow in the configuration of FORM-1 and generate e-invoices.

How Does E-Invoicing Benefit Small Businesses in India?

GST e-invoice is said to support small businesses in India alongside helping the government curb tax evasion. Small businesses can benefit from the GSTN initiated e-invoices in the following ways:

What is the Initiative of GSTN E-Invoices?

The format for e-invoice was released in Excel format by the GSTN on 20th August 2019 to avail the public’s feedback. The GST Council approved the format suggested, with certain modifications after the 37th GST Council Meeting held on 20th September 2019. The GSTN, along with the supervision of ICAI, drafted the final standardized e-invoice format that complies with GST and other Indian local tax laws. Moreover, the GST e-invoice format is drawn after considering various international and national standards. Thus, the final format of the GST e-invoice quickly adapts to any business or industry type.

Business intelligence/accounting software follows the standard PEPPOL while generating invoices. It enables taxpayers to create GST compliant invoices. GSTN has referred to the standard of PEPPOL (Pan European Public Procurement Online) that works well on the Universal Business Language (UBL) version of E-XML. This standard is currently a widely used system that enables various business applications and communities to share information throughout the supply chain. The single data entry point enables businesses to streamline the data flow through multiple gates with IRP’s help.

E-Invoice Schema – it is the primary part of an e-invoice containing the technical field name, description of each field, mandatory and optional fields, and some sample values with an explanatory note.

Masters – it is the second part of an e-invoice that defines the inputs set for specific fields predefined by the GSTN. It includes fields such as state code, UQC, invoice type, supply type, etc.

E-Invoice Template – it is the end part of an e-invoice; the template complies with the GST rules, enabling the user to link the terms used in other documents. In any e-invoice template, mandatory fields are marked in green and optional fields in yellow.

When was GST E-Invoice Implemented?

Cygnet GSP successfully processed more than 8,515,000 electronic invoices in the first month, representing 18.6 percent of the total electronic invoices generated on the NIC portal. Since e-invoicing is now mandatory, it would be a good idea to start preparing ahead of time and evaluating your business and vendors. Say no more to the tedious GST accounting tasks, implement Imprezz invoicing and billing software.

We offer a 14 days free trial software program for small businesses and taxpayers in India. Login to get started with GST e-invoicing. 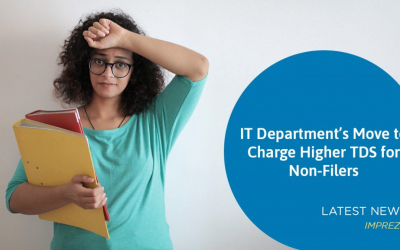 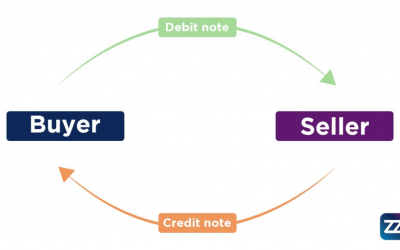 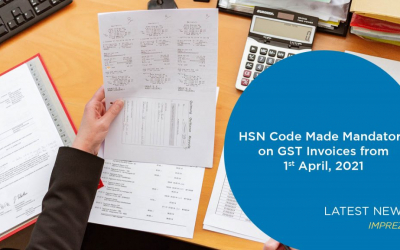